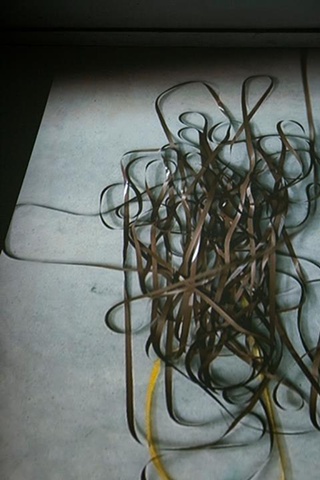 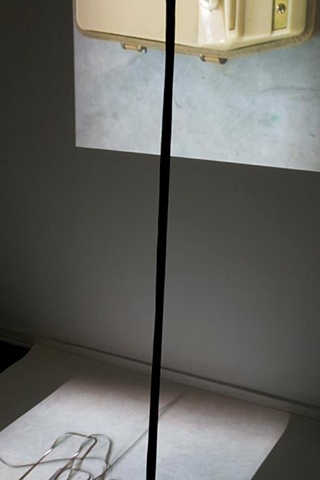 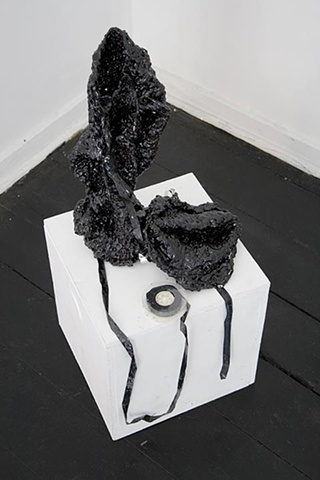 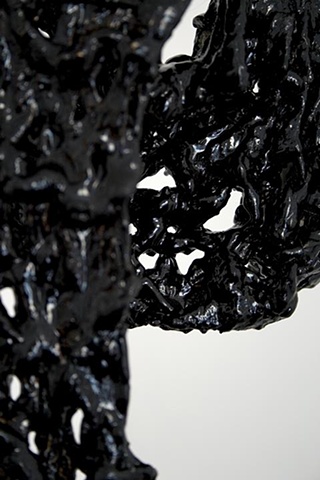 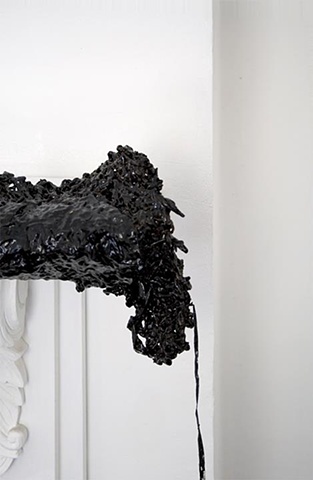 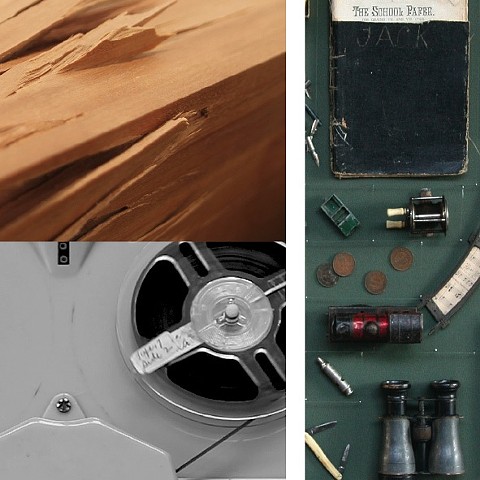 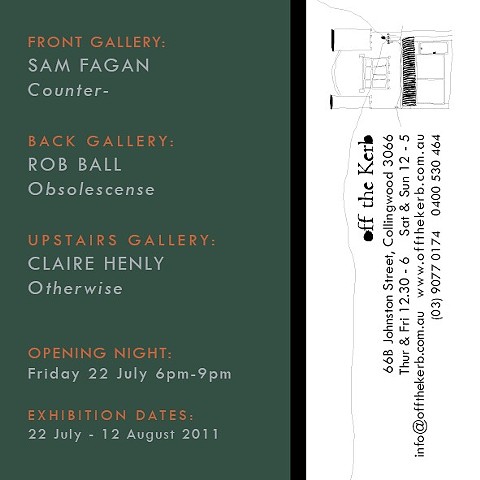 OBSOLESCENCE was a solo show exploring the disbandment of outmoded and/or abandoned technology (video and analogue sound tape, craft refuse) once popularly used to in domestic settings. The exhibition proposed the following: As technology advances, do we also conceptually develop?

When I trained in filmmaking 20 years ago the ‘new’ technology was tape (pneumatic, Beta Max, SP Beta and VHS). Back then, video’s wow-factor was its magnetic recording emulsion that, if you filmed a bad take, permitted you rewind and erase over it. Analogue video, now outmoded by digital platforms, continues to implant in its surface remnants of time, now unseen due to the obsolescence of its technology. Today we record things using hard drives and flash disks; tucking away evidence of recording anything at all.

Woven, knitted, knotted; the tape’s traces of recorded images and sound are no longer intelligible. The magnetic emulsion surface, which once embedded representations of fact and fiction, is part of a new revolution; temporal concerns are abandoned for spatial investigations.

My investigation of outmoded technology is not sentimental; it’s an act of sabotage. So earnestly I once recorded things in an attempt to capture a representation, perhaps permanently. But technological advancement has proved to undo this effort. Instead of transferring the tapes to digital files I have chosen to consider them, to weave and knit them into another form that holds parallel meaning, envelop them with Forton GM plaster and seal them in a skin of bitumen.