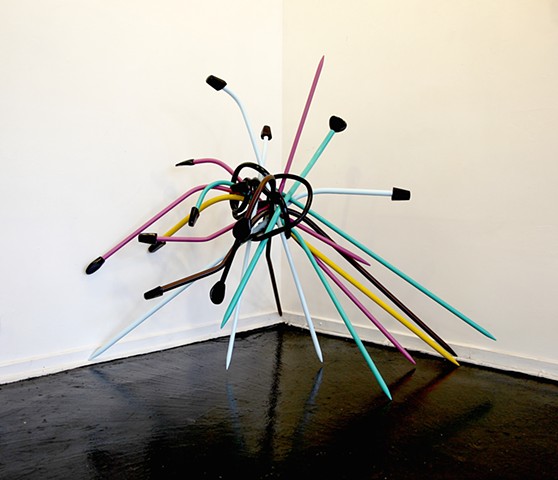 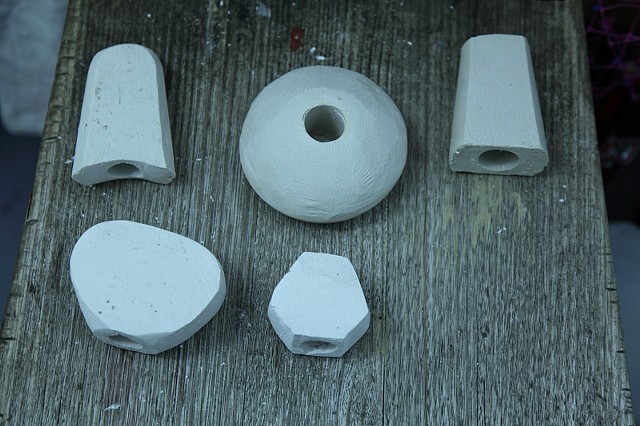 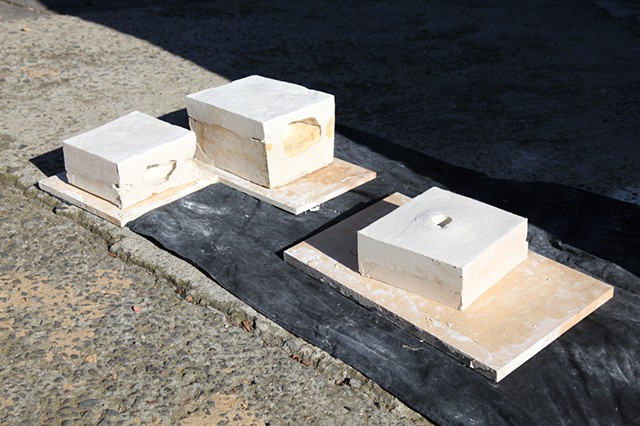 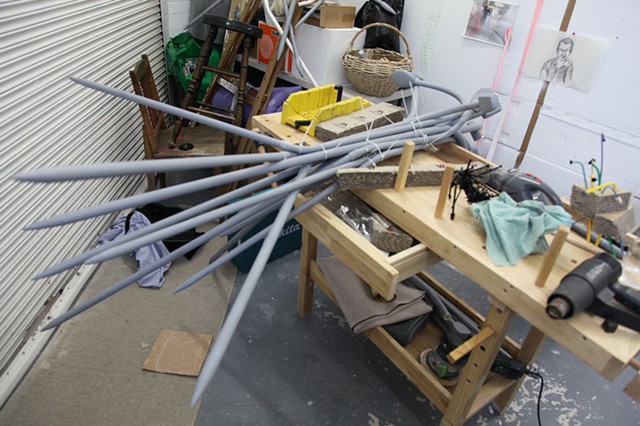 In the studio, developing Slip Knot. 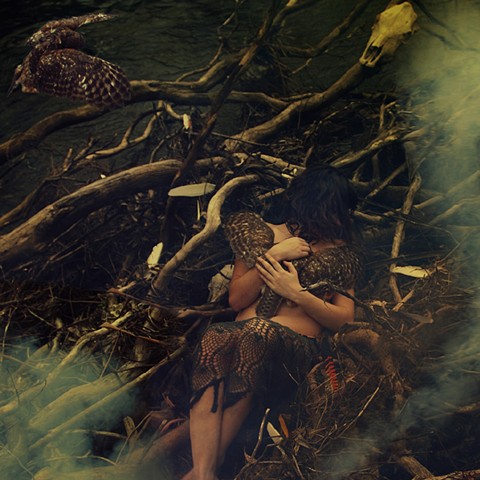 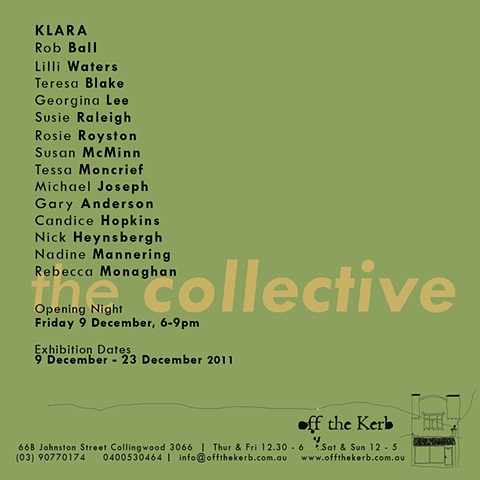 The Collective invitation (back)

This is a work I entered into the end of year group show at Off the Kerb Gallery in December 2011.

The show, entitled THE COLLECTIVE, was curated Candice Hopkins who encouraged artists to respond to the concept of the Collective Unconscious. As she expains, ‘the collective unconscious refers to a distinct form of unconsciousness; separate from any personal or individual unconsciousness. More specifically referring to a universally repressed, or all encompassing world soul/or unconsciousness.’

My contribution to the show was Slip Knot, an assemblage of colourful up-scaled knitting needles loosely knotted by two dark needles inspired by The Ouroboros, an ancient Greek symbol depicting a serpent eating its own tail. In this work I am exploring the experience of transformation but also internal division and social disunity.