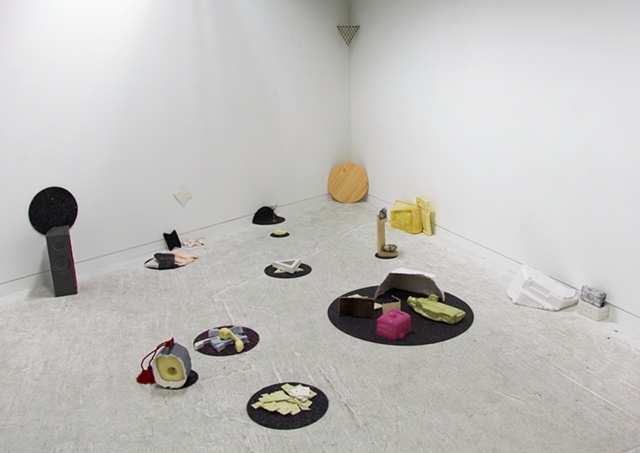 Installation at The Cage, VCA 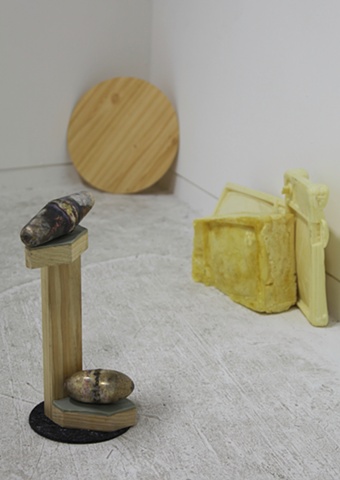 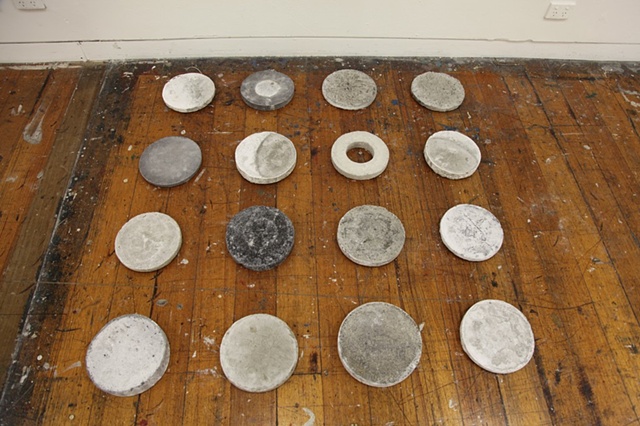 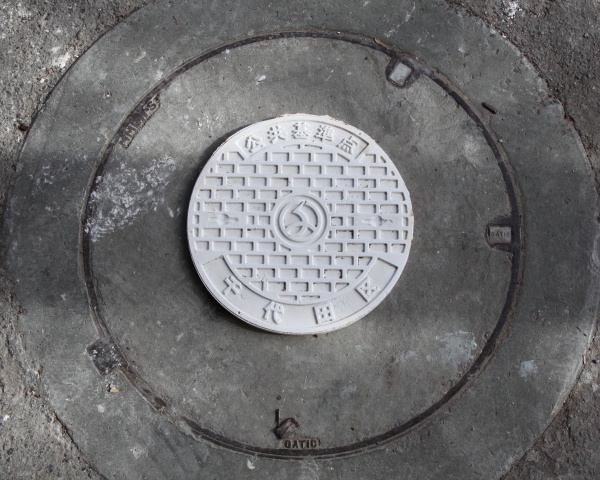 Sol Lewitt once explained that ‘the idea becomes a machine that makes the art.’ So, for this project I take art as the idea and as the machine.

Drawing the period of minimalist sculpture of the 1950’s to 1970’s, I considered systems used to shape objects, while simultaneously making the object a by product.

In this work I have drawn from Richard Serra an investigation into weight, gravity, load, stasis, balance and placement. Richard Serra once noted that material or matter itself imposes form upon a form. He also spoke of the different impact materials make upon the body. Serra was interested in works that don’t reach closure, for if they do they make the reason for going back to them redundant.

In terms of material concern, I took from Carl Andre the application of concrete. However instead of acquiring prefabricated material, I chose to produce some ‘test pieces’ made of traditional industrial materials. The presentation of this work borrows from Andre the floor-based ‘grid’ composition, in an attempt to activate the space as opposed to occupy it; an effort to prompt the viewer to consider the difference between the mass of each unit, and their own bodily relationship to the mass from different view points.

Both Andre and Serra work in geometric forms, applying often the rectangle. But another artist from their era, Eva Hesse, has been noted to counter the masculine framework of geometry by casting in soft industrial materials to create spheres and disks. I am influenced by her investigation into repeated circular forms.